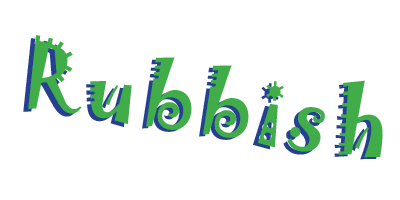 Cardboard boxes and tubes, paper, plastic gloves, straws, hose pipe, old brooms and garbage bins; Mic Conway is out to prove he can recycle almost any piece of discarded ephemera, by turning it into a musical instrument and playing a recognizable tune on it. Those objects that are not able to be tuned he will turn into fun toys. Meet Jack; he lives in a garbage bin. He’s a chatty little critter who has some informed and useful information for us all as to what we can do to help reduce the waste.

With the help of some truly amazing illusions Mic reinforces his recycling message by recycling old, torn and crumpled newspaper, glass bottles and aluminium cans into pristine products. After its recycling, one can is even shown to be unopened and containing liquid. Songs and ditties are also used to enhance the message; “Sara Cynthia Silva Snout would not take the Garbage out” being one of the favourites. Mic’s talents along with his energy seem endless as he transitions from singing and playing to juggling, illusions and ventriloquism.

With lots of audience participation, his vaudeville, musical and circus skills, Mic Conway simultaneously entertains, educates and encourages his audience to adopt his simple but important message of Reduce, Reuse and Recycle.

Mic Conway formed the nationally acclaimed Captain Matchbox Whoopee Band with his brother Jim while he was still at school. The band went on to have two gold albums. Mic co-founded the great Circus Oz and has won an ARIA award for his children’s CD “Whoopee”. He was an ABC children's artist and appeared on Playschool, Mr Squiggle, Here’s Humphrey and for many years he was the voice of Wags the Dog for the Wiggles.
Mic works across Music, Magic, Circus and Theatre and continuously tours both nationally and internationally.